Okay, so this is the stuff that just never stops frightening me.

I’m not kidding. As we’ve done our teaware experiments, I’ve found that certain cups and teapots make tea taste SO bad, you may as well just have brewed in a rusty tin can instead. Or just not have brewed tea at all!

For example, in one test I brewed up our favorite Taiwanese high mountain oolong and then tried it out of 3 different cups, each made from a different material. They’re pretty classic materials too that you might even have yourself: woodfired clay, porcelain, and celadon.

You’d think tea is just tea, cups be damned, but in reality that oolong morphed into 3 very different versions of itself.

B. As expected (in porcelain cup)

Seriously, that oolong just got slaughtered by the celadon.

It was barely recognizable!

I know I’m sounding a little dramatic here. But it really is a character assassination when you can take a fantastic oolong like that, after all the effort the teamakers put in to make it awesome, and then make it taste terrible with the wrong tea cup.

Here’s the extra-scary part though: this tea murder happens all the time without us noticing.

Even tea shops don’t know a lot of the time. There’s just so much variation in teaware, and one piece might do well with one tea but terribly with another.

And until you do teaware experiments — and root out these poorly performing pieces — you won’t know, either.

I used that celadon cup for YEARS without noticing, and while I did still enjoy my tea that whole time, I would have gotten so much more enjoyment (and $$$ value!) from my teas if I’d just found out sooner.

So I want you to find your serial tea-killers NOW.

Brew up your favorite tea, [FIRST NAME GOES HERE], and then taste it in at least 5 different cups side-by-side. (If you don’t have 5 different cups, you can use mugs and drinking glasses to test too!) Then observe what happens.

There’ll be some winners and some losers, and you won’t always find a tea-killer… but when you do, you’ll know. 😉

P.S. July’s Teaware Olympics Challenge goes until July 15! Be sure to share your experiments and trade notes with fellow tea nerds via the #TeawareOlympics hashtag or on the Tea Curious Discord. It’s a blast, yo! 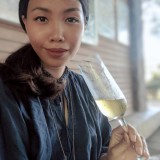 If you've been up to speed on the Tea Curious chal